At ABNB, You’re Able To Do More With Your Money

The credit union began as NavPhiBase Federal Credit Union in 1960 with 8 members and $40 in deposits. Today, we are ABNB Federal Credit Union celebrating our 60th year of serving members. As a member owned financial institution, we’ve grown to over 70,000 members, have nearly $700 million in assets, and are a regional financial institution serving members in the Greater Hampton Roads and Northeastern North Carolina areas.  Regardless of our size, our goal has always been and will always be to serve our member’s total financial needs.

The reason we exist is to serve you, and everything we do at the credit union is done with the success and financial health of our members in mind.  We feature higher rates on deposits, lower rates and affordable terms on loans, plus low/no fees which saves you money every day vs. banks and other for-profit financial institutions. In fact, we’re all about “People Not Profits” because your prosperity and financial well-being are the best measure of our success.

Membership has its advantages, so we welcome you to become a member of the ABNB family today. 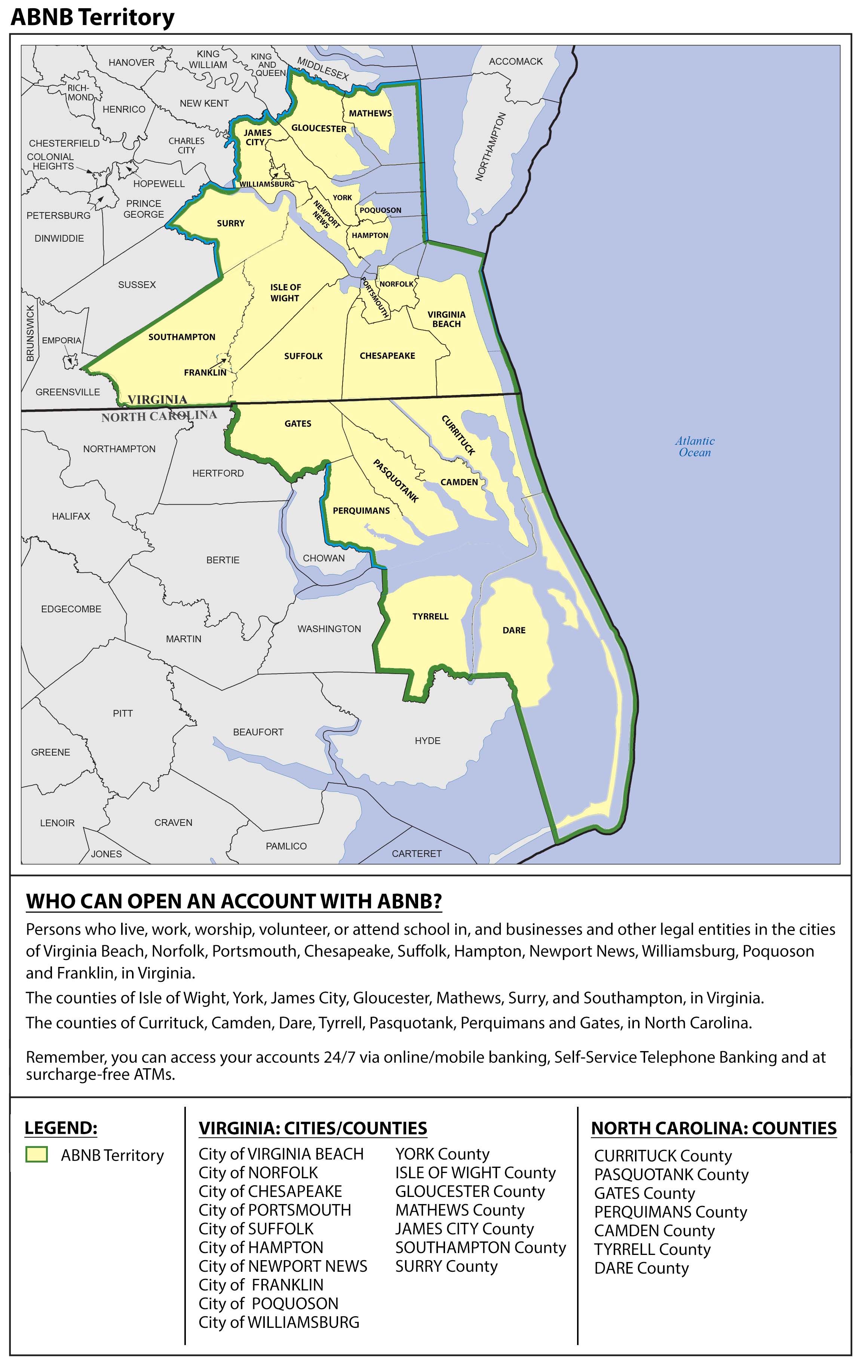 To be our members most trusted lifetime financial partner.

Delivering financial services in a manner that improves our members' lives and benefits our community.

The History of ABNB

The newly renovated Credit Union at NavPhiBase celebrated its grand opening November 29, 1976. Public Works spent approximately six weeks preparing the location to accommodate the new Credit Union. The new location, according to then manager Robert Morgan, improved employees attitudes so greatly that they pitched in two Saturdays and one evening to help with painting and cleaning.

The merger of Amphibious Base FCU and Naval Base Norfolk FCU occurred in 1996. The name ABNB stood for Amphibious Base Naval Base. The mission of ABNB Federal Credit Union was simple - to deliver financial services in a manner that improved our members’ lives and benefited our community.

During the year 1999, testing for Y2K was constant in order to gear up for 2000. Additionally, ABNB continued in its efforts to remain “People Helping People” as ABNB emphasized the idea that credit unions are “ Where People Are Worth More Than Money.” With this philosophy in mind, ABNB focused its efforts on community events, such as Habitat for Humanity.

In order to follow the strategic plan for the opening of new offices to serve members and potential members, branches were opened in 2004 at Town Point in Suffolk and another office in Moyock, North Carolina. The highlight of the year was the grand opening in March of the new Operations Center, located in the Greenbrier Business Park in Chesapeake, Virginia.

In spite of tough economic times, 2009 remained a successful year for the Credit Union. During this time, ABNB saw the opening of new and replacement branches, including Chesapeake Square and Towne Place in Chesapeake, and Lakeside in Suffolk. Furthermore, 2009 became the biggest year for our Annual CHKD Fishing Fest, with ABNB raising over $52,000 - an increase of more than $7,000 from the previous year.

60 years later, ABNB Federal Credit Union remains committed to expanding and improving upon our products and services, all while providing member service that is outstanding in all respects. We remain committed to providing the membership with a financial institution that is second to none.

What Our Members Are Saying 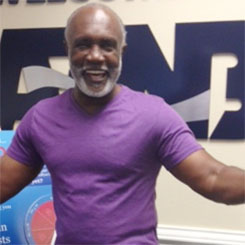 "Transferring my financial accounts to ABNB has been one of the best decisions I have made.

Their professionalism, politeness and personal attention to detail have proven to be quite beneficial for me when planning for savings and investments." 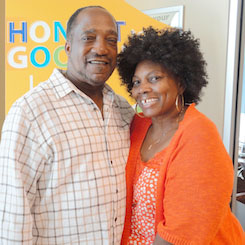 “That extra $73 a month is a really big help, especially with the cost of groceries and gas constantly going up! It’s that little extra that pays for us to go out to eat every once in a while. We’re just so thankful for this, in the big picture…it’s such a big deal. All thanks to ABNB!” 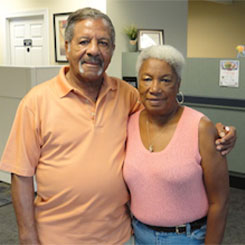 “We came in to do a quick transaction, when the teller told us she could save us some money on our new car loan. We found out that by refinancing our original car loan with ABNB, we could save over $20,000 in interest. Personally, the savings has relieved a huge financial burden for us.” 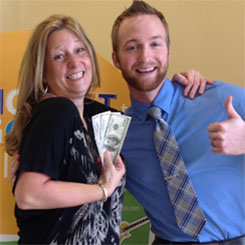 "I came to ABNB's Fairfield branch and they were a great help setting up my new account and explaining how different a credit union is from a traditional bank. They were also able to consolidate my credit cards when my other bank would not help me.

Best move I could have made to choose ABNB and leave the traditional banking behind! Thanks ABNB Fairfield!"

Karla
Tell us what you think
Video Center